If You Don’t Like Hugel, Put Your Head in a Blender 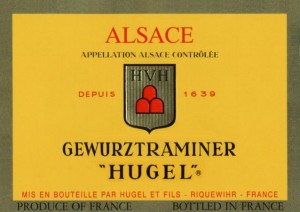 There are many types of people worthy of distrust. Corrupt politicians, sleazy doctors, those who dislike gewurztraminer, and terrorists. Many times, they’re the same person.

So I don’t trust people who dislike gewurztraminer, and I doubt it’s an accident that 100% of the terrorists who recently attacked Paris were not g-fans. The fact that they attacked France, the home of Hugel, is probably not an accident either. The Alsace region, you see, has always been a target for hatred and attacks, launched from a jealous world steeped in envy and loathing over its superior vines.

In 900 BC, for example, the region was overrun by hordes of bandits from the then-neighboring region of Egypt, which had yet to settle to its current location southward, as the continents had not yet reached their contemporary positions. The Egyptian raiders sought silk and pearls and, most of all, a grape that tasted like apple. (They also sought an apple that tasted like cream cheese, another failed dream.) Arriving on elephant-back in the eastern regions of France, they were driven insane by their discovery, and fortunately for us, they died after they raised swords against themselves in a confused, gewurztraminer-fueled berserker rage.

In 1200, parka-clad warriors from the Russian steppes made their way eastward to France (the continents were still shifting) bearing crossbows made of ivory and riding lions, also made of ivory. Once again, the gentle Alsatian progenitors of Hugel & Fils fought back the invaders with nothing but the power of gewurztraminer on their side. The resulting defeat was one of the bloodiest on record, although this is disputed since the raiders had previously overtaken the red wine region of Umbria, and they may have just been covered in grape juice.

Again and again our proud Alsatian cousins fought back thirsty interlopers: the British in 1450, attacking from the south (continents still not quite settled); Vikings from Mongolia in 1622, and of course the infamous US invasion on D-Day, 1944, when Americans stormed Normandy Beach to steal Hugel’s grapes, all the while concocting a fantastical yarn about fighting Nazis which, fortunately, no one today believes. 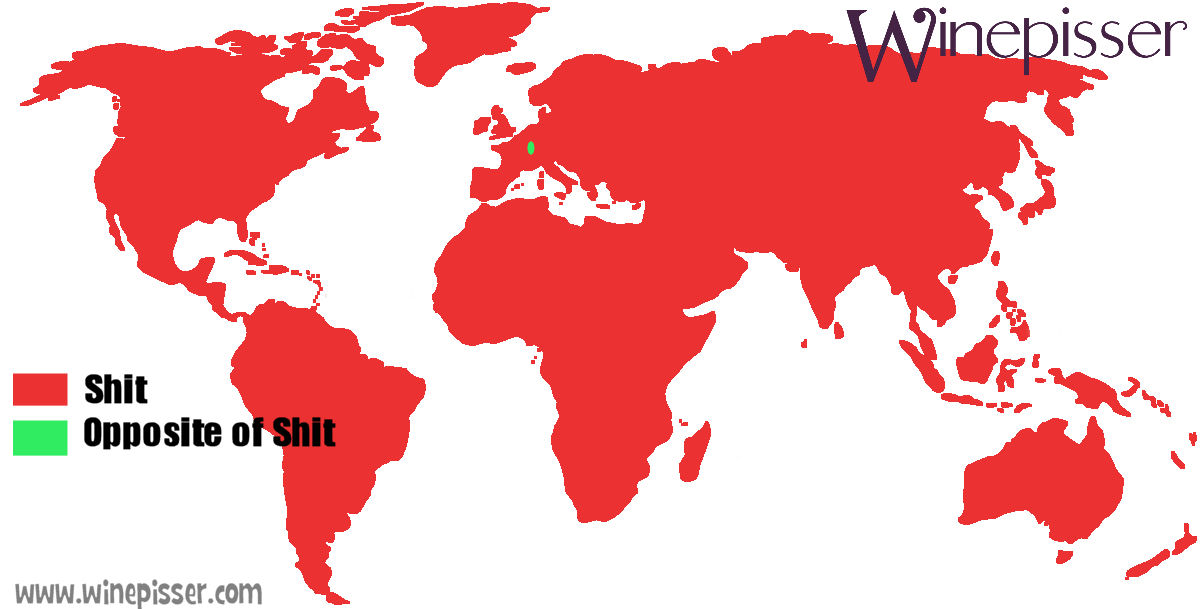 Hugel was founded in Riquewihr in 1639 by Hans Ulrich Hugel, a vampire hunter having trained under Abraham Van Helsing’s great grandfather, Clint. Made poor paying washwomen a small fortune to remove the blood stains from his white, frilly shirts, Hugel set forth to create an empire built on something other than red juices. And thus the Hugel invested his remaining money into building a white wine juggernaut that remains to this day the single most important contribution to humanity of all time. Hugel was later canonized by Pope Promiscuous II, and his tomb is visited annually by each US President since George Washington.

The secret of Hugel’s success lies largely in its Pinot Gris JUBILEE, which was rated “#1 wine since the first grape got squished accidentally by a tiger” by Wine Spectator in March 1994. But beneath the pomp and noise of the pee-gee hides the stately gravitas of the gwertz, the perfect mating of grape and God, without all the spitting bubbles of lesser vineyards’ output, and without the need to make it taste like an apple pie on fire during a nuclear winter.

To drink Hugel’s Gewurztraminer JUBILEE is like tasting God’s tears, after He weeps knowing that Man has finally surpassed His divinity with such a creation. It is akin to beating Superman at poker, or to riding naked on the back of Shakira while she attempts to prove her hips really don’t lie. This is the stuff of taboo, something we humans don’t deserve, but take anyway, and then feel guilty about later. Bring Kleenex.