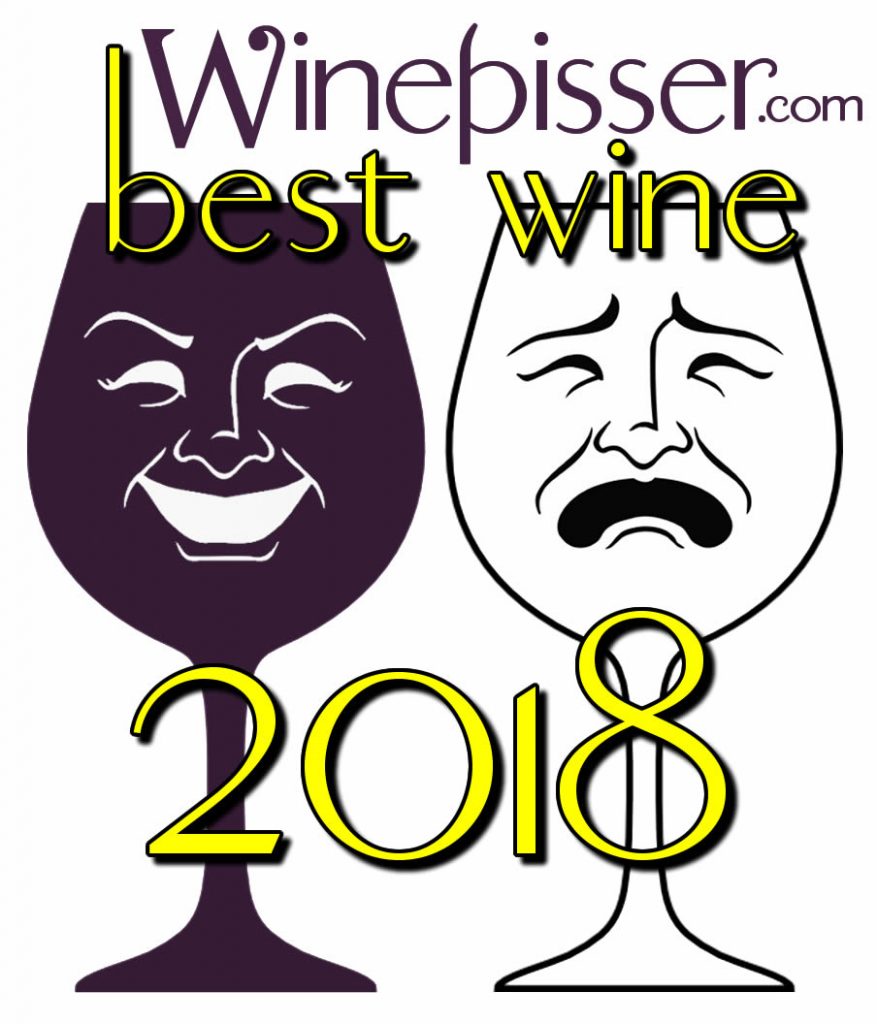 I’m a huge fan of chocolate, and mixing it with fruit is always a winner. The Amadieu had just the right hints of chocolate with blueberry that sent me over the moon, putting all my favorite elements together. This is a wine with bold fruit to be sure, but still dry and not at all on the sweet end. With a minty perfume, that added a third great element to the mix.

The Gigondas wines of the region have to include at least 50% grenache to receive the appellation, and this one is mixed with syrah, which I think works very well. I can’t recall a grenache/syrah blend I’ve noticed to any degree before this one, so the Amadieu folks have done good work here.

This French wine won out in a difficult year, running against nearly all Chileno competitors. Only five wines reached the coveted “cinco” this year at Winepisser. The very first wine tasted this year, the Errazuriz Estate Series Carmenère 2013, won five stars out of the gate, and Carmenere proved to be a popular offering this year. Also from Chile came the five-star San Pedro 1865 Single Vineyard 2014, another carmy reviewed in June. The third Chileno was a Gewurztraminer-laden white blend, the Carta Vieja Kidia Single Vineyard Reserva Late Harvest. The final competitor came from Chile’s neighbor, Argentina, the 2014 Colomé Torrontés.

In the end, the New World lost out to the Old, and France came through. The Carmeneres were delicious but lacked the bright originality of the French blend.

The official Pierre Amadieu website can be found here, and you can buy the Gigondas Romane Machotte 2014 from Wine-Searcher here.

Breaking Down the Numbers

For 2018, a total of 150 wines were tasted in all. By sheer numbers, it was nearly a tie between reds (49%) and whites (51%). The most common tasted white was Sauvignon Blanc, with a whopping 29 essbies tasted this year. I would have bet money that one would have won a cinco, but none reached the top; in fact, the average rating of the SB offerings was only 3.4, although the Maison Nicolas Ferrande Bordeaux Sauvignon Blanc 2015 from France came close to a cinco with a 4.5 star win. Maybe my love of NZ SB is overblown?

Cabs and red blends were reviewed the highest next, with about 15 each, and the beloved rieslings had 12 bottles reviewed. The average reez rating was 3.7, but three bottles hit the 4.5 star mark: Schlink Haus Riesling Spatlese 2013 and Dr. Hermann “H” Riesling 2015 from Germany, and the Maryland-bred Boordy Riesling 2016.

Joining those rieslings at the “so close, but not close enough” 4.5 star rating were the following wines, from all over the planet:

As for the other end of the spectrum, find out what wine won (?) the Winepisser Worst Wine 2018 by clicking here.