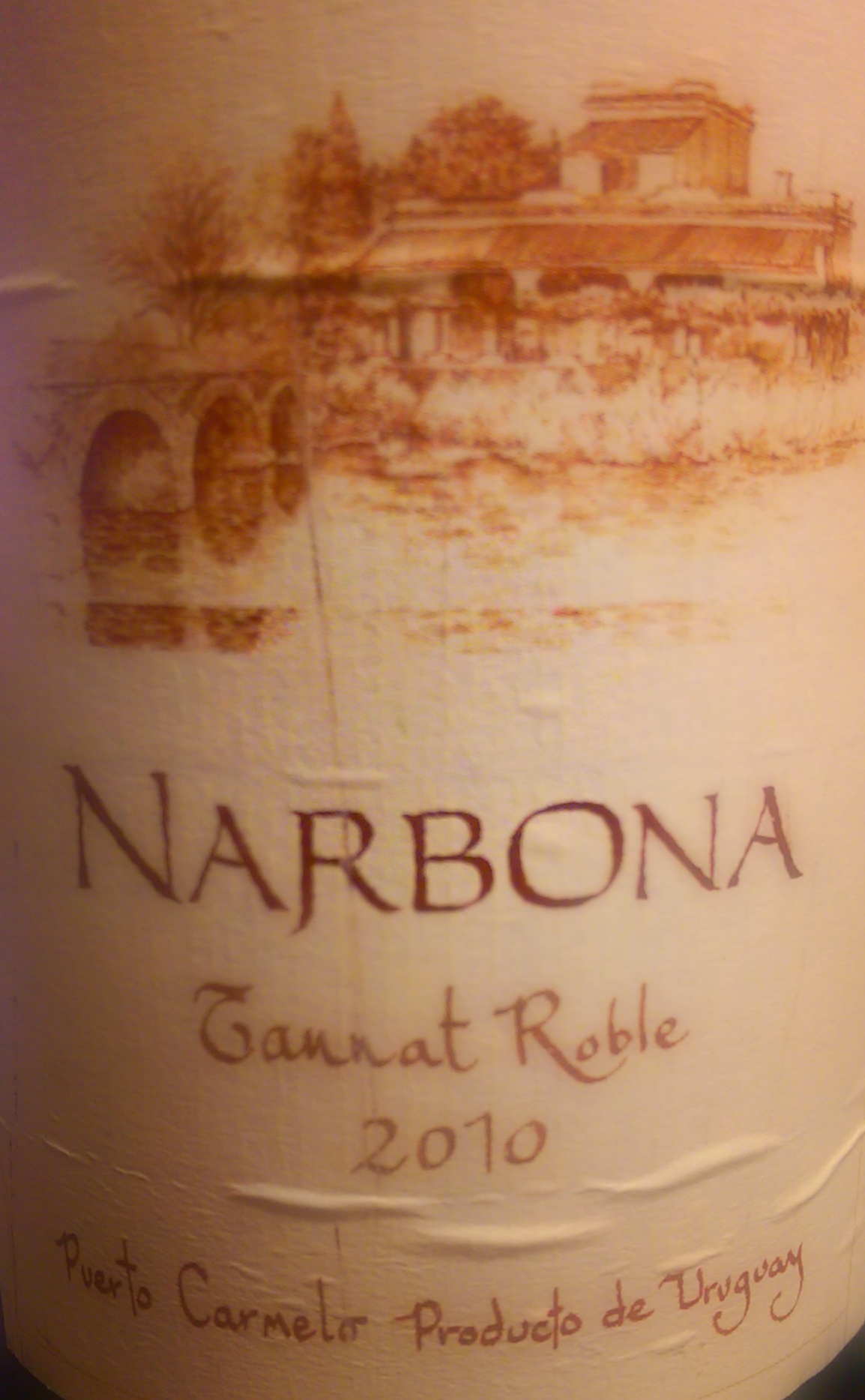 The 2010 Narbona Tannat Roble from the Puerto Carmelo region is a knockout wine from Uruguay, and alas, one you are going to have some difficulty finding depending on where you live.

There’s really only one word that can describe this wine, and it works equally well for how it hits both the nose and the palate: meaty. Everything about this Tannat screams meat, from the bacony bouquet to the rush of beef, pepper and spices that attack the tongue. This is not a wine that will appeal to everyone, and only for the most dedicated red wine drinker will this work without a red meat pairing; indeed, at my table I was through two glasses of the stuff before the entree was served, and everyone looked at me as if I was insane.

It’s dry — like lunar landscape dry — but if you just meditate on the complexity that unfolds, and imagine yourself in a barbecue, you can really appreciate what is going on here. Meditation won’t be a problem, what with the 14.2% alcohol lurking in the bottle. But then, yes, pair it with beef or even duck, and POW! this will push the plate into a level of the stratosphere that even seasoned, professional Stratospherists didn’t think possible.

With some left, I corked my bottle and visited it again in two days, at home. The flavor had intensified, if that were possible, and remained a stunning, punch-in-the-mouth glass of meaty goodness. One swears it was aged in barrels made of beef.

Uruguay is an up-and-coming producer of some very, very great wines, which are unfortunately hard to find. For map-pinning completists, seeking out wines from this tiny country is worth it. I hope you will start with this fantastic tannat from Narbona.

Five stars, without a second of hesitation! It’s only February, but the other five-star wines that may arise in 2016 are going to have a hard time beating this one out for an annual Best Wine award, I suspect.