As a US immigrant living in Peru, it took a long time to get used to living in a very different society, under a very different culture. Related to wine, I’ve been complaining nonstop for about ten years over the state of the wine industry here. Peruvians’ palates tend towards sweet wines, as in saccharine treacle. If it doesn’t taste like liquified sugar cane, they don’t like it.

This has left the bulk of wine production to companies who cater to that taste, like Intipalka and Tacama. Both offer dry wines, but the quality is generally lacking, and even then they sometimes have a sweet tinge to them. Beyond that, smaller — but nevertheless prominent — producers emphasize the use of the “Borgoña” grape, which you’re supposed to think has some relationship with Burgundy (“Bourgogne”), but is really a table fruit grape not intended for wine. Santiago Queirolo is a major sinner here, in this aspect; Peruvians have some sense of national pride about Queirolo, and often serve it at weddings and other events. They have no idea the stuff is absolute garbage.

Geographically, wine production generally centers around the Ica region, where Pisco — Peru’s national alcoholic beverage — is also made. As we’ll discuss in another article, Ica is not ideal for wine production at all, and forces producers to get creative in addressing its challenges.

So I was happy to find a relatively new company called Peruvino which has an entire catalog of wines produced in Peru, with offerings from regions beyond Ica. I was intrigued, and thought I might start a series of reviews of these various wines, from various Peruvian regions, and see if we can get past the sweet Borgoña junk. Each entry in this series will focus on one specific bottle, and give a bit more details about the wine and its overall presentation, since solid information about Peruvian wine is scarce.

I’m going to focus on “presentation,” as I said, because Peru is a young winemaking country, and some of the basics still haven’t been sorted out. Things like labeling, packaging, sealing bottles, label information, and logistics (shipping and storage) are problems. Things you take for granted in countries with established wine production simply aren’t standardized here yet.

Whereas Peru’s pisco production is regulated to some degree — it can’t be called “pisco” unless it’s literally made in Pisco — the same doesn’t hold true for Peruvian wine. There is no national appellation system in place for wine yet, and no rules at all for labeling. It’s the Wild West here, and consumers have to proceed with caution. 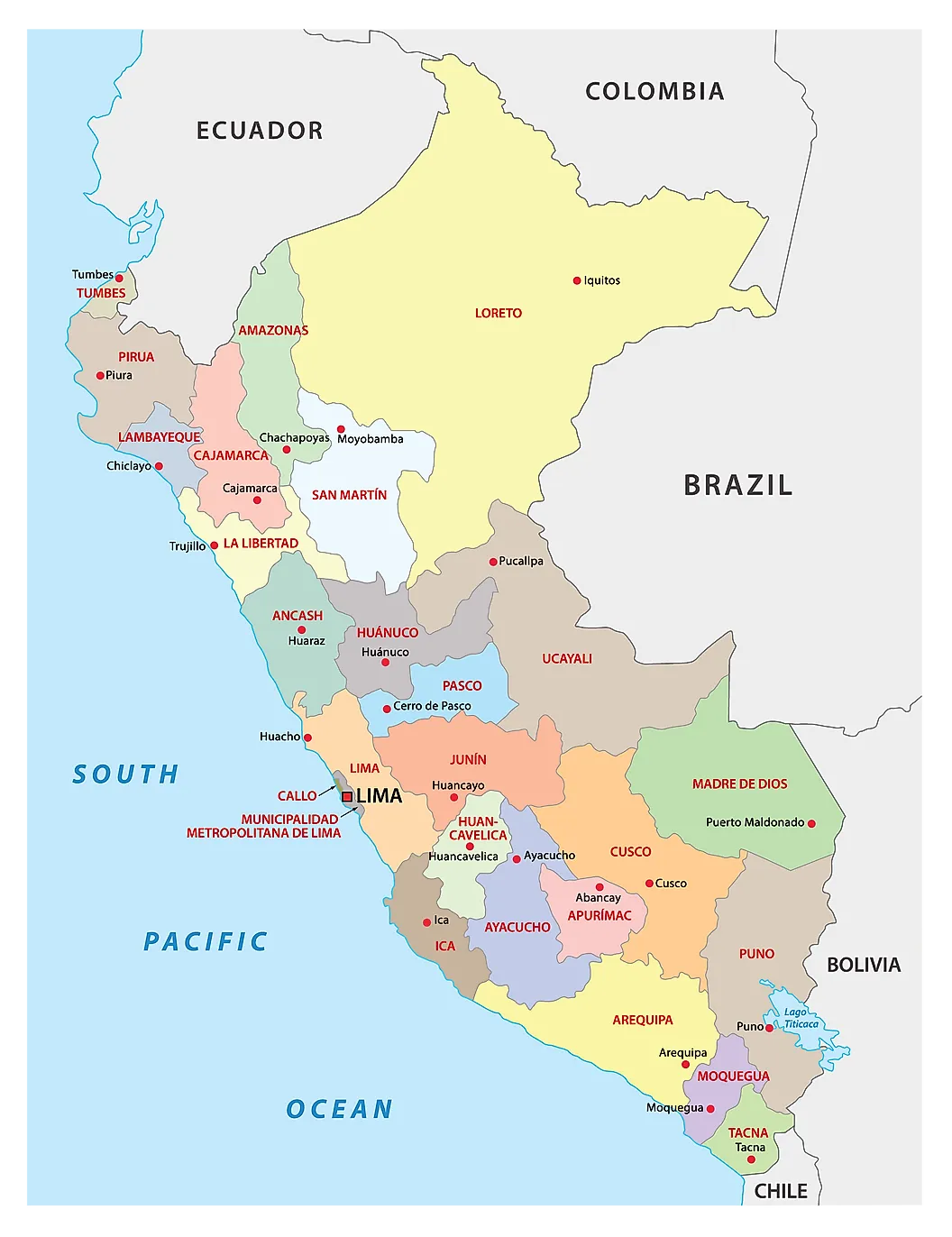 Map of regions in Peru.

Even things like “vintage” are not adopted with any consistency. Some bottles may have been produced in a given year, but the producers don’t know enough to put the year on the bottle. In other cases, producers put the year the wine was bottled, but that’s no assurance the wine inside isn’t a blend of various production runs over a span of years. Finally, producers can just outright lie, and put dates on labels that don’t actually reflect the truth. As I said, it’s lawless.

If any country would benefit from adopting screwtops, it’s Peru. The wine consumer here isn’t so snobbish as to demand the “legacy experience” of pulling a cork, and – let’s face it — screwtops are both cheaper and better than cork. (I’ll have another article on that shortly.) Countries avoid converting to screwtops because their consumers are used to corks; that’s simply not the case here. New Zealand pulled off the switch to screwtops and had an established wine industry already; the path would be much easier for Peru. And, as you’ll see, Peru wines suffer routinely from poor storage, pork corking, and the use of cheap grade corks that ruin the bottle. All of those problems would be resolved by a law demanding screwtops.

Next, you can’t really be sure what grape you’re getting. Higher-end producers — or would-be higher-end producers — are likely to be honest on their labels, because they want to be taken seriously. But with no regulatory oversight, other Peruvian producers can put whatever they want on the label. I once had a bottle that was labeled cabernet sauvignon but was clearly, unmistakably the horrid Borgoña raisin.

Finally, Peru has a climate that is horrible for logistics. Shipping finished bottles from the bottler to a distribution center, then to a local wine shop, presents about three to four points of risk for temperature damage. Lima is a desert city on the ocean; its summers are hot, and its winters are muggy and damp. Warehouses and tiendas must be air-conditioned to maintain wine, and — if I’m being completely honest — they just aren’t. Your local wine shop is nearly never going to be airconditioned. A higher-end shop might have a walk-in cava, but even then there’s no way to know if they just turn the thing on during the day, when people are in the shop. One of the bigger supermarket chains here is Makro, similar to Sam’s Club in the USA, and offers wine by the bottle or case. But the Makros have no air conditioning at all, and shopping in them is a sweltering, sweaty experience in summer. Once I realized most of the wine I had been buying from Makro was temp-damaged, I stopped buying wine there entirely. Supermarkets like Wong or Tottus are well air-conditioned, but you have no idea if the wine was already damaged during transit to the store.

And no Peruvian shipping truck is going to be air-conditioned either, unless the producer is very rich and using very expensive, professional shippers. Instead, wines are carted around in the back of used vans, in cardboard boxes thrown next to the spare tire. I was pleased to see Peruvino had its own branded vehicle to deliver my wines, but it was not air-conditioned. As I write this, it’s winter here, but the wine would have been at severe risk for damage if I was getting anything delivered in, say, January when the temperature inside a car can hit 90 degrees F, easily.

So I am going to dissect these Peruvian wines like a surgeon, and really try to find out what’s happening here. I want to disprove the theory that Peru can’t produce good wines, and sort out the bad ones. I’m convinced Peru can be a solid, high-quality producer and emerge, as Uruguay has recently, to become a new darling for international wine drinkers. Let’s see how far off that dream is.