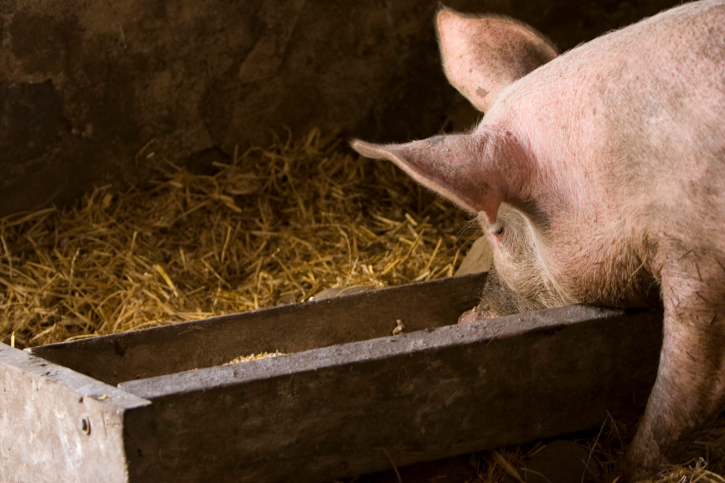 Many a wine enthusiast has, by dint of marriage or poor selection of friends, unwittingly found themselves in one of America’s multitude of lackluster slop houses, such as Olive Garden, Red Lobster or Dumpster Don’s Steakhouse of Horrors, and there, perusing the wine list so as to kill time while his fellows order oil-soaked exploded onions and sodium-dipped alas de aves, found his palate clench like an anxious anus trembling before an overeager proctologist, when confronted with four words that bring terror to any oenophile:

Indeed, in some cultures where the latitude is southwards and the people speak in a tongue lost for millennia, the words are uttered to summon the dead to avenge the living, or to curse the crops of enemy invaders. Few know that these were the final words of the dying Aleister Crowley, overheard as “shato san t’mishel rees ling” and misinterpreted for decades, until their mystery was unconfounded by the contemporary mystic Bobby Flay. The truth emerged, and it was understood that Crowley, the Beast 666, was attempting to evoke pure evil in order to stave off the inevitable endless black sleep. But like the lie that is the label of the wine, the sinful words betrayed Crowley, and merely sucked him to Hell that much faster.

The dread projected by the Chateau Ste. Michelle Riesling became known to all, and even now populates modern cinema. In the James Cameron film Aliens, it was not because of the threat of chest-bursting or double-jawed face-biting that made the trapped colonists on LV-426 beg the Colonial Marines to “kill me!”, rather it was because prior to being captured by the Xenomorphs, they had run out of food and were forced to drink CSM, and the foul swill was still making its way through their bowels. Mercy killing, indeed, and any hero could do no less than to spare them their torture, and grant them a quick death, whether by bootknife or grenade launcher. 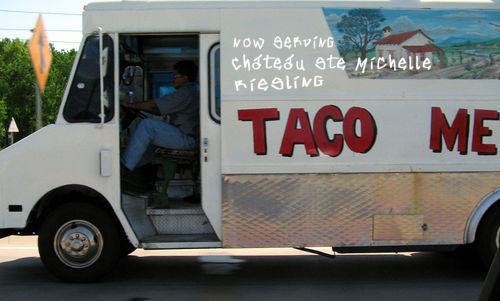 But few know the true history of Chateau Ste. Michelle, nor how its grey scum came to sit on the menu of every goddamn restaurant in the USA, even in goddamn restaurants that don’t even have menus, and even in goddamn restaurants that don’t doors or chairs or gravity. So ubiquitous is the lymphatic goo of Woodinville WA, it was recently discovered that printing companies just automatically add “Chateau Ste. Michelle Riesling” to any menu they print, just to save time, and that’s why you even see it on the kids’ menus at Chuck E. Cheese and the drive-thru menu at Carls Jr. Pre-printing thusly is estimated to save the US economy $3.5 billion annually.

How did this feculent spillage seep into American culture? The history is dark, unlike the color of the wine itself, which can only be described as the color of diluted, recycled garden hose water mixed with bear urine, if the bear had been raised on a lifelong diet of marshmallows and pumpkin seeds and kept alive through intravenous injection of Twinkie puree and formaldehyde.

The CSM website paints happy picture of how some idiot built a French style chateau in the middle of an American state, and then slapped a French sounding name on said American structure, and then went on to denounce wines from other countries other than America, like a hypocrite on meth. But none of it is true, and the real story comes to us only from an ancient book discovered by treasure hunters who had been seeking gold, but instead ran into something far more stupid. 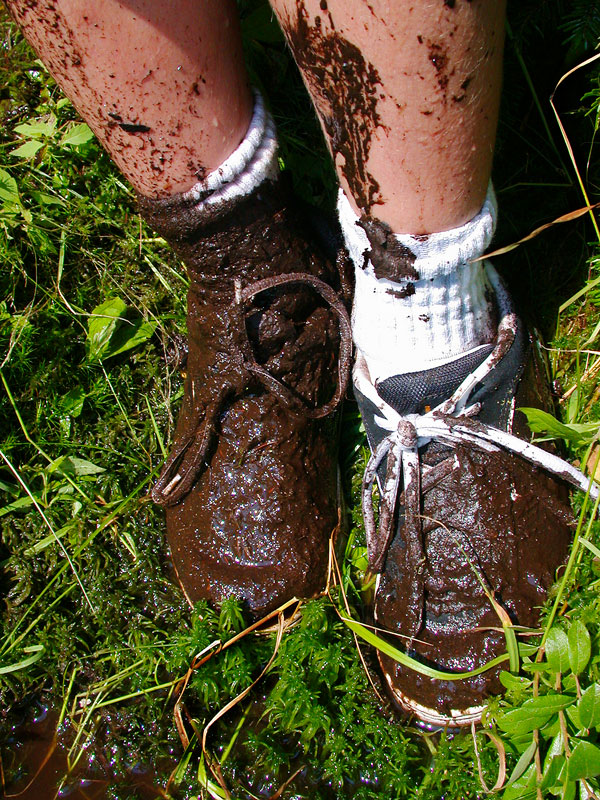 According to The Original Wine Journal of Alan Smithee, a handwritten collection of papers written by the winery’s unknown first founder, Smithee and his band of Cherokee slave girls came upon a plot of cursed and filthy land, long abandoned due to a history of bloody battles which was said to have resulted in a the earth being permanently awash with the ghosts of angry, long-dead soldiers. This, so the story goes, ensured that nothing would ever grow here, nothing, at least, capable of human consumption. Smithee recalled seeing many birds fall dead like stones from the clouds, as they simply passed over the airspace of the place.

Motivated by poverty and need to pay for his Cherokee slave girls, Smithee was determined to make something good of the land. He attempted to plant carrots, but the earth vomited up a horde of sword-wielding skeletons instead, hungering for human blood. He then attempted potatoes, but was met with an eruption of volcanic lava mixed with the bile of Cthulhu. He then attempted grapes, in the hopes of creating a vineyard, but the grapes turned into bats, and the resulting guano dust filled the air, driving anyone who breathed it mad from cerebral infection. Thus was the origin of the phrase “batshit crazy.”

Finally he met with local witch doctors, literal servants of Satan, and promised him three of his youngest children if they could somehow get grapes to grow on the land. The diabolical priests uttered incantations, threw his children into a volcano, and then urinated on his shoes, the latter step not an actual part of the ritual but just to show their disgust with Smithee himself, who was a wretched human being worthy of shoe-pissing. In return, the priests said, the next batch of grapes would grow, but they disavowed any promise of the quality of the resulting wine.

A Chateau Ste Michelle worker preps the grapes for fermentation in what is a unique winemaking process.

Sure enough, the first crop grew, smelling much like a combination of cow saliva and snake stomach, but nevertheless producing a .. thing.. one might reasonable call “wine” if one held their nose and squinted a lot.

But the foul brew could never be sold, and so Smithee again resorted to witchcraft to bargain with the Devil. This time he summoned vampire priestesses and promised his own blood in return for the ability to successfully sell his wine, but they refused, saying his blood smelled like week-old diaper juice. He then reached out to the mystic Madame Blavatsky, and asked the Ukrainian mystic to conduct a ceremony that would grant him luck in selling his wines. Blavatsky promptly died, rather than help Smithee, her last words being “I serve the Devil, but helping Smithee sell wine is too much even for me.”

Finally, Smithee happened upon a tribe of wandering Romani pagans, who agreed to grant him good fortune in exchange for four of his limbs, which they required for reasons known only to them. He allowed them to sever his arms and legs, replace them with wooden sticks. and soon enough Evil Fate began swinging things Smithee’s way. He began selling the awful Chateau Ste Michelle Riesling to local restaurants, and soon to other countries. Legend says that the more people who drink it, the more the Romani pagans grow in power, and many of them now hold seats of power in Starbucks, Disney, BP Oil and Comcast. They are that evil.

So you have the origin of this foulest of the foul, this horrid concoction foisted upon the world, a wine called “Riesling” only because someone typed it on a label, but which tastes more like what you might lick from the bottom of a public laundromat washing machine, if the person before you had just washed their month-old gym clothes.